Following her post-graduate organ studies at the Conservatoire de musique de Montréal, as she was taking private lessons from Jean Langlais in Paris, Suzanne Binet-Audet, fascinated with the ondes Martenot, simultaneously started to study the instrument with its inventor Maurice Martenot at the Conservatoire national supérieur de Paris, where she won a First Prize. She also studied under Jeanne Loriod, at the École normale supérieure de Paris, where she earned her concert degree. Since then, she has performed concerts as a soloist and as part of ondes ensembles with the Loriod Sextet (in Paris) and the Ensemble d’ondes de Montréal (since its inception in 1976). She has performed with various orchestras and music ensembles in Canada, the USA, Japan, and Europe. In the last ten years, she has been composing incidental music and taking part in participating to multimedia performances as an improviser. 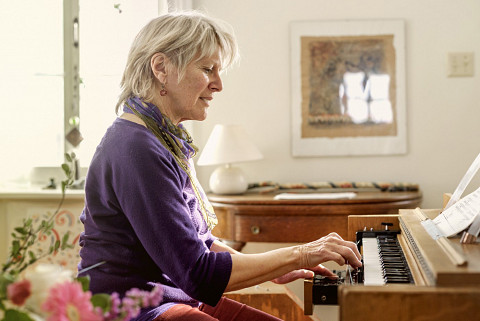