Interested in the aesthetic of the Groupe’s composers, and more specifically influenced by the “virtual cinema” concept championed by Alain Savouret, Daoust developed the bases of his own electroacoustic art. His very first two works already pointed at his main directions: Paris, les Grands-Magasins (1976): sounds from our daily environment, life moments captured (phonography) — and; Quatuor (1979): musical heritage revisited.

Yves Daoust remained in touch with the IMEB until it was deplorably closed in 2011. He has composed many works on commissions from the Institut.

Between 1976 and ’79, Daoust worked as a sound designer at the National Film Board of Canada (NFB). Then, in 1980, he started teaching at the music conservatories in Québec City and Montréal, where he would develop a five-year program in electroacoustic composition. He retired from the conservatory in 2011.

Beside his teaching activities, Daoust has contributed to the development of an electroacoustic scene in Québec. He was very active in 1978 in founding and developing the first organization in the country devoted to the promotion and presentation electroacoustic music, the Association pour la création et la recherche électroacoustiques du Québec (ACREQ). This organization presented electroacoustic concert series and events in various venues in Québec (official concert halls, public spaces, museums…). It also helped propagate the concept of “sound projection” across North America. It has used radio airwaves and participated to international tribunes, and its members have developed study programs in Québec’s professional musical training institutions. The ACREQ would become a key player in the development of electroacoustic arts in Québec and Canada.

So-called mixed music, where instrumental and electroacoustic composition learn to share the spotlight, represents a major aspect of Daoust’s œuvre. Valse (1981), for instrumental ensemble and fixed medium, is the starting point of a unique writing process where “nature” and “culture” cohabit through discourses that run parallel to each other instead of fusing with one another. Chorals ornés (2007-08, 09) follows in the footsteps of this parallel-based approach. Daoust’s œuvre has also been marked by a long-standing collaboration with Mimes Omnibus and its director Jean Asselin.

Considering that it is imperative to invest in young people, Yves Daoust has devoted since 2013 most of his activity to the articulation of a new approach to teaching music in schools, based on creativity. Inspired by through the Gmébogosse, a kind of portable mini-studio invented and developed by the GMEB in the 1970s, he and a team of collaborators have developed the Fonofone, an intuitive and fun digital application for music creation, adaptable to all school levels.

In 2009, Yves Daoust received a lifetime achievement award: the Prix Serge-Garant from the Fondation Émile-Nelligan. 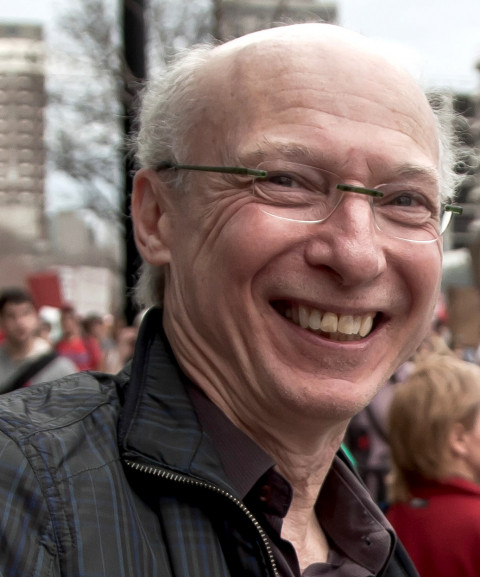