Since the age of four, Sophie Delafontaine has loved and discovered several genres of music through her dance practice. She stumbled upon acousmatic music while dancing and moving. At age 20, she left Switzerland on a piece of advice from Sylvette Vezin and moved to Belgium where she studied acousmatic composition at the Conservatoire royal de Mons / Arts2 — École supérieure des arts (Mons, Belgium) with Annette Vande Gorne, Philippe Mion, and Ingrid Drese. She obtained her master’s degree in 2014. She gradually understood that what drives her interest for acousmatic art — the concrète approach — is the relationship between acousmatic music and contemporary dance she was taught through Alwin Nikolaïs’s philosophy.

In her practice of composition, Sophie Delafontaine likes to recover, recycle, and renew her sonic materials. Her acousmatic works are strongly influenced by her creations for dance and the theatre. She draws inspiration from the ambience, atmospheres, texts, stories and characters found in the various shows for which she makes music.

Meeting Annette Vande Gorne steered her towards a specialization in the live performance of acousmatic music. Sophie Delafontaine won the second prize at the 2012 Concours d’interprétation spatialisée Espace du son. She has been lecturing in this discipline at Arts2 since 2016. She regularly works as a performer for Musiques & Recherches and BeFEM (Belgian Federation of Electroacoustic Music). Her interest in the performance profession led her to collaborate on several projects: developing the first fixed acousmonium in Lausanne (the Wolfonium) with the Oblò Sonic team; performing various pieces on the triple-desk version of the Alcôme Acousmonium (Paris, France); founding the composers’ collective Séneçon (Brussels); and developing Titans (with Pierre-Axel Izerable), a sound projection system consisting of concrete-enclosed loudspeakers. 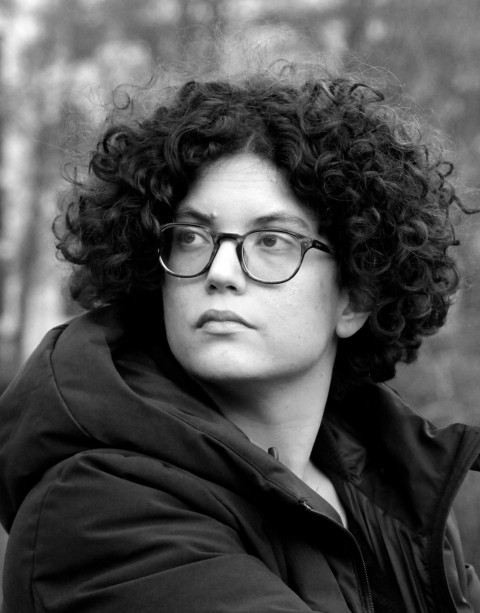