Interdisciplinary audio artist, composer for the performing arts and cinema, musician/improviser and audio curator residing in Montréal since 2015, previously in Québec City since 1993.

As curator, he has organized more than a dozen events focusing on audio art and advanced sound creation. He was co-curator of the artist-run center Avatar from October 2008 to June 2010. He is also curator for the sound installations component of the Festival international de musique actuelle de Victoriaville since 2010.

Concentrating much of his audio research on digital maximalism, d’Orion performs a work that closely resembles noise, musique concrète, free jazz and electroacoustic.

In parallel or jointly, he develops installations projects where audio and new technologies are assembled to create works in continuous movements, becoming sources as well as audio broadcasters. His reflections focus mainly on the reinterpretation, appropriation and re-reading of certain concepts of art history, in particular in musique concrète, dadaism and futurism, The redefinition of acoustic space as well as the relationship between the spectator’s imagination in the face of images, objects, environments and familiar or falsely mythical icons form an integral part of his installation work.

He is part of the duo morceaux_de_machines, the trio BOLD (with Alexis Bellavance and Nicolas Bernier) and the trio Napalm Jazz, as well as a multitude of had hoc ensembles.

Since 2009, he is a frequent collaborator of Productions Rhizome, an organization of productions of live shows of hybrid literature / digital art, as audio artist/composer and performer in several projects. He also designs the sound environment and music for interdisciplinary projects, cinema, theater and dance, working closely with Martin Bureau, David Ricard and Jocelyn Pelletier.

Since the summer of 2015, he has collaborated with the interdisciplinary artist Catherine Lalonde Massecar (Duo Massecar • d’Orion) to combine both sound creation approaches, real-life practices and clandestine dramaturgy.

He is or has been a member of several boards of directors in the field of art: La chambre blanche, Perte de Signal, productions Rhizome, RCAAQ, CHYZ, Folie Culture, RAIQ, Dare Dare, etc.

His work has been presented in Canada, Europe, Australia, Cuba, Mexico, Haïti and the United States of America. 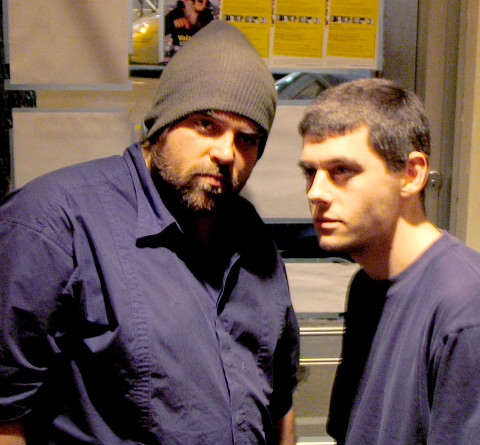