In 2005, he was briefly consultant, producer and host in classical and contemporary music for the internet radio station Radiolibre.ca. Before that, from 1988 until 2004, he was also producer and host for the ex-Chaine culturelle of Radio-Canada. As such, Mario Gauthier conceived weekly and daily shows as well as “antenna project” (eg: punctual broadcasts in often very specialized contents). He recorded around 300 concerts of classical, contemporary, electroacoustic and new music. He also produced or commissioned approximately 30 musical and radio pieces. About 50 of these recordings and productions are available on disc.

In parallel, he gave conferences and organized different events around audio art, new music and use of the sound in cinema and radio. He was member of several musical jurys in Québec and abroad (Austria, France, Poland) and represented the Société Radio-Canada (SRC) in diverse national and international organizations (Ars Acustica, Committee for digital radio, etc.).

He also won some prizes: Prix Opus “Concert of the year — Musique actuelle, electroacoustic” (2004-06) for his participation in the quartet Theresa Transistor’s first concert (with Christian Bouchard, Christian Calon and Monique Jean); Prize of the radio of Radio-Canada for his participation in the radio series Claude Gauthier, son plus beau voyage: la vie! (2003) and the Prix Opus “Media Event of the Year” (2000) for the creativity and the originality of his radio program l’espace du son (1996-2001), one of the very few program specifically dedicated to audio art, radio art and electroacoustic music on the national Canadian radio.

Before being a radio producer, he was also teacher and choir director for the opera workshop of the Music Faculty of the Université de Montréal (1982-90). He also conducted small ensemble of contemporary music (1984-2000) and was an arranger and a musical adviser for the multimedia opera project Poe-Debussy, Autour de la maison Usher (1988-90). In 1986, he also co-founded the concert society Société de concerts alternatifs du Québec (now known as Codes d’accès) which allows musicians and semiprofessional composers to have the possibility to be heard in concert. This association is still active nowadays.

He receives grants from the Conseil des arts et des lettres du Québec (CALQ) and Canada Council for the Arts and collaborated in several artistic projects as sound consultant, reader, writer, commentator, speaker, etc. He is a member of the board of Productions Supermusique, Bradyworks, the Phonothèque québécoise, and L’écran blanc. He also recently presented (with Chantal Dumas) an installation about the listening of the radio medium in Halle (Germany, 2006).

He is actually composing a radiophonic piece about the voice as a fictional object in radio and writing a book on the perceptive effects of phonography. Finally he produced two discs for the collection Séries sonores (directed by Uli Aumüller. 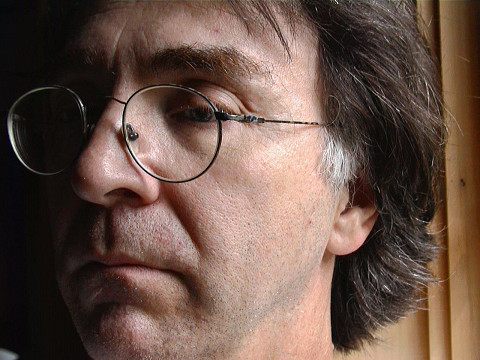