Chantale Laplante has a background in classical and jazz piano, and for a few years she was a keyboard player in various pop-rock groups. She studied composition at the Université de Montréal (MMus.), followed privately-held advanced studies with Francis Dhomont (Montral) and with Jonathan Harvey (United Kingdom). She has been composer-in-residence at the Nouvel ensemble moderne (NEM) (Montréal), The Banff Centre for the Arts (Canada), the Center for Contemporary Arts in Glasgow, the Internationales Künstlerhaus Villa Concordia (Germany) and the Centre d’artistes Est-Nord-Est in Saint-Jean-Port-Joli (Québec). Her works have been performed in North America and Europe, in festivals, concerts and recitals. Her recent association in duo with the Zurich altist Charlotte Hug has already led to performances in Glasgow, London, Zurich, Victoriaville, Toronto and New York. In addition to her activities as a composer, she teaches music theory and freelances at the french radio of Radio-Canada.

For a few years, Chantale Laplante worked in the context of the musical miniature, which served as a laboratory for the exploration of timbre, writing techniques and orchestration. Her great interest in counterpoint has led her very soon into more textural works, where the notions of space and time are blurred, an aesthetic that can also be found in her computer improvisations.

She composes music for acoustic instruments (solo, small ensembles, orchestra) and electroacoustic music. She is more and more interested in mixing these two types of music, finding here the opportunity of going further into her comprehension of sound: approach, organization and perception. Her new practice of computer improvisation draws on her compositional work through the material she uses and the way she ‘plays’ with it, which recalls acousmatic music.

“Chantale Laplante’s reflection on sound takes many forms. As a general principle, she tries to isolate the sound from all preconceived meaning to offer the possibility of listening to the space of sound outside of a structure based on a melodic line or an harmonic plan, a narrative or a description of emotions. Therefore, her music invites us to dive into the sound, its timbre and texture, to explore its primary qualities and poetic resonances; the act of listening becomes a dreamlike ‘promenade’ where one can move through various ‘paysages sonores’, and the slow metamorphosis of these spaces. The music of Chantale Laplante thereby proposes the experience of two paradoxes, which can be found in the artistic process as much as in life: to be in contact with the fleeting quality of the musical moment in the context of continuous sound transformation, and where we are called to submerge ourselves into the details of sound and the shimmering of the whole.” 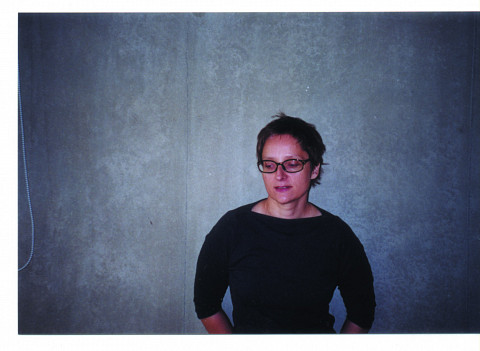