John Oswald’s works are out there! They have been performed in concert in ’s-Hertogenbosch, Berkeley, Montréal, Morelia, Quebec City, San Francisco, Toronto and Weimar…

Multifaceted artist John Oswald nearly always incorporates an electroacoustic element to his productions. His works are part of the regular repertoire of Kronos Quartet, Culberg Ballet of Sweden, Ballet of Monaco, Deutsche Opera Ballet Berlin, Modern Quartet and Penderecki String Quartet. Among his recent activities are a sound procession for Brazilia; a choregraphic work for twenty two choregraphers (among which Bill T Jones, Margie Gillis and Holly Small); commissions from groups such as Ballet de l’Opéra of Lyon, Change of Heart, SMCQ as well as Dutch National Radio and the CBC.

He has just completed a work for orchestra, robot piano and the sung and disincarnate voice of Glenn Gould for the National Ballet of Canada. In the recent years, he has created a collection of photographic portraits for a series of Moving Stills. One of his “plunderphonics” (audio-video collages made from existing works) was presented at Hayward Gallery of London in May 2000. He is currently creating the soundtrack for Stress, a Bruce Mau film which will be projected onto eight screens, to be presented in Vienna in May. Among his recent productions, there is a radiophonic creation in four languages (Brazillian, Dutch, English, and German); writing of the animation and score for Homonymy (for chamber music and cinema); writing of a music for the classic silent film Metropolis; production of a soundtrack for the gay porn movie Hustler White; as well as his participation in the movies Un©ut by John Greyson and Sonic Outlaws by Craig Baldwin.

John Oswald’s work is all about metamorphosis, “détournement” and eclectism often realised from existing materials. In 1990, his most famous recording, Plunderphonics (sound collage made from existing musics) whose cover artwork represented a naked Michael Jackson with a woman’s body, has been destroyed by the prudes of the recording industry.

Since then, his music was released by Elektra, Avant, ReR Megacorp, Blast First, Swell, and empreintes DIGITALes transforming the musics and performances of Stravinsky, Metallica, James Brown, György Ligeti, Dolly Parton, and many others. A retrospective of his Pluderphonics is currently under preparation. The first disc of his production around the Grateful Dead, Grayfolded, was chosen as the number one international production of the decade by the Toronto Sun. The final version of Grayfolded, finished this year, was selected as the best productions of the year by Rolling Stone, New York Times and many others. That same year the album of improvised music Acoustics was the first choice of critics at Coda magazine. 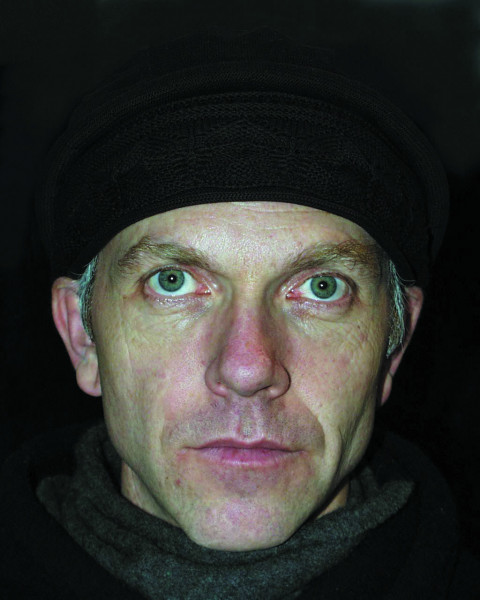