Arturo Parra’s works are out there! They have been performed in concert in Barcelona, Bogotá, Montréal, Morelia, Santiago, Sudbury and Victoriaville…

Arturo Parra has been making contemporary music his métier since the earliest days of his career. Cofounder of the first Colombian guitar quartet, Cuarteto Espiral, he traveled around his country of origin as a concert performer. In 1989, he moved to Canada to further his knowledge of contemporary guitar, becoming the first Latin American to be awarded a doctorate in music from the Université de Montréal. Since then he has devoted himself exclusively to composing and performing his own pieces.

A world pioneer of mixed music for guitar and electronic media, he produced the disc Parr(A)cousmatique in 2002 as the result of a collaboration with five of the most prestigious composers on the electroacoustic scene. Five years later came Voz, consisting of four “poems in sound” for guitar and vocal expression. These two discs confirmed the uniqueness of his work and drew high praise from critics around the world.

A tireless experimenter, Arturo Parra has to date invented over fifty extended guitar techniques and forms of guitar/vocal expression, and continues to expand the expressive range of his instrument through his sonic explorations.

His insatiable curiosity about all forms of expression leads him to collaborate regularly with artists in other disciplines, including literature, electroacoustics, video, dance, mime, theatre, and hand-made cinema. The group Paroles Égales, Theatre for the Ear, which he founded with author and actress Catherine Ego, has for twenty years been the principal locus of his creation of works for guitar and spoken word.

Since 2010, Arturo Parra has been the director of the Department of Guitar and Plucked String Instruments at Juan N Corpas University in Bogotá (Colombia). He divides his artistic activity between Colombia and Canada. 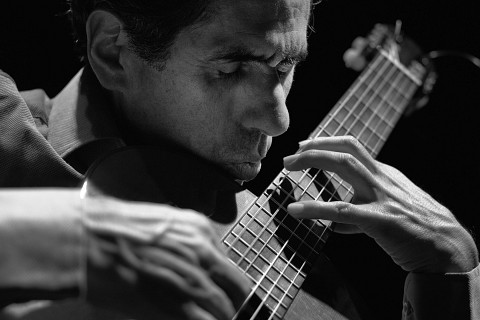