Benjamin Thigpen, nomad, born in the United States of America, naturalized in France. After dropping out of conservatory, he studied literature and aesthetics, travelled extensively and lived…

He returned to music through electronic composition, moved to Europe and abandoned his doctoral studies. He taught computer music at IRCAM (Paris, France), at the University of Washington (USA), and at the Conservatorio di Cuneo (Italy); he currently teaches at the Conservatoire royal de Mons / Arts2 (Belgium).

He creates music for loudspeakers — as a composer and as a performing electronic musician. He composes in various European electroacoustic studios (GRM, EMS, VICC, STEIM) and gives concerts throughout the world.

He performs in the duo Rust with instrument inventor and composer Jean-François Laporte, in Les Frères Bobine with composer and electronic musician Stefano Bassanese, and in Fluid Identities with cellist Benjamin Carat.

He thinks that music is not a language but a lived visceral experience, and that it is not the art of sound but the art of the transcendence of sound. 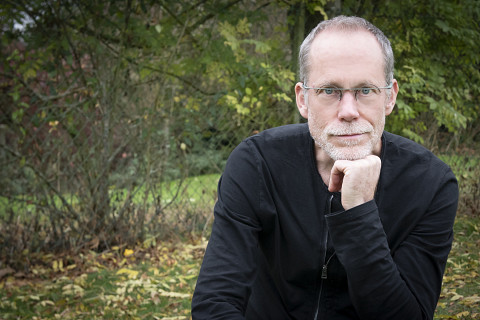