Following a bachelor’s degree in compositional techniques, Gilles Gobeil undertook a master’s in composition at Université de Montréal under Serge Garant. In the final years of his studies, he was introduced to electroacoustic practices by Marcelle Deschênes and Francis Dhomont. This discovery stimulated in him a desire to commit entirely to the exploration of unfamiliar forms and original timbres that the mastery of the tools availed by the electroacoustic studio offered. Since the completion of his studies, he has directed his creative interests almost exclusively to the creation of acousmatic and mixed works. His practice falls within what is known as “cinéma pour l’oreille” (cinema for the ear). Many of his compositions are inspired by literary or cinematic works and seek to “visualize” them through the medium of sound. Although his catalogue is comprised mainly of acousmatic and mixed works, he has also made forays into the fields of dance and film. Oftentimes traces of his experiences with instrumental music can be discerned.

He is regularly invited to undertake residencies abroad in order to create new works (Belgium, Brazil, Luxembourg, France, Portugal, Sweden). Between 2005 and ’17, a close relationship was developed with the Zentrum für Kunst und Medientechnologie (ZKM) in Karlsruhe (Germany) through a string of residencies. In 2008 he was guest composer of the DAAD — Berliner Künstlerprogramm (Artists-in-Berlin Programme, Germany). Starting in 2011 Gilles Gobeil has gone on several tours in the UK, Germany, Canada, and the USA with ondist Suzanne Binet-Audet in order to present his trilogy of works for ondes Martenot and fixed sounds.

An amicable collaboration with guitarist and composer René Lussier led to the album titled Le contrat. Among his six solo releases, all published on empreintes DIGITALes, three were finalists in the Conseil québécois de la musique (CQM)’s Prix Opus for Disc of the Year and his disc Trilogie d’ondes won the Prix Opus 2004–05.

From 1991 to 2017 he was a professor of music technology at Cégep de Drummondville and has also been guest professor at the Université de Montréal and at the Conservatoire de musique et d’art dramatique de Montréal. 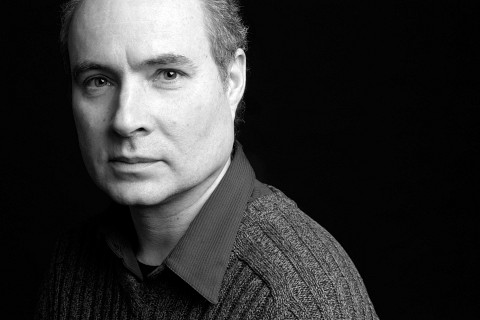